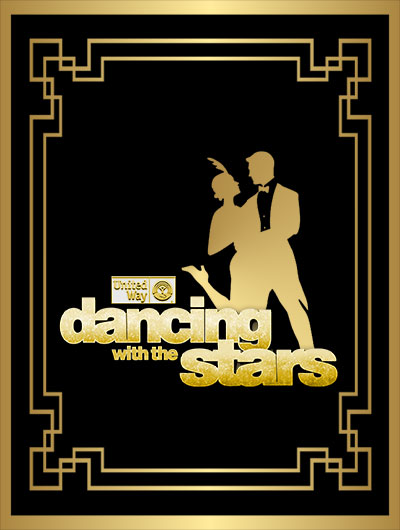 Brittney Fitzgerald, Born in Toronto, Canada, began her training at Joanne Chapman School of Dance, under the direction of Joanne Chapman and Barbara Chonin, National Ballet of Canada. She graduated in 2014, with honors, from Point Park University with a Bachelor of Arts with a concentration in ballet and jazz, under the direction of Susan Stowe. While studying at Point Park, Brittney had the opportunity to perform works by Ron Tassone, Jessica Lang, Terry Marling, Dwight Rhoden, Keisha Lalama, Jill Randolph-Lazzini and many student-choreographed pieces.

In 2013, Brittney attended Hubbard Street Dance Chicago’s summer intensive. In the summer of 2014, Brittney performed at Jacob’s Pillow with the premiere of Simerson and Company, performing works by Brian Simerson. Brittney currently teaches at The Beckley Dance Theatre School, in Beckley, WV, Rhythms of Grace Dance Studio, in Beckley and the pre professional program for TWV. She has performed for three seasons with Theatre West Virginia, as dance captain, performing in “Footloose”, “Addams Family”, “Hatfields and McCoys”and choreographing “the Jungle Book” and “Pippi Longstocking”. Brittney is currently in her fifth season with the West Virginia Dance Company.

Jill West was born and raised in Beckley, WV. She’s married to her love, Jarrad West and they’ve been blessed with six beautiful children. Jill has danced for over 40 years and this is her 6th season doing choreography for DWTS of Southern WV. Jill says it’s an honor and privilege to join some of the most amazing people of our community to raise money for the United Way of Southern West Virginia. She looks forward to another successful and entertaining year.

Katie Tiller is a native of Rocky Gap, Virginia. She began dancing at the age of 4 as a student of Randy and Nancy Lamb at Bluefield Dance Theatre. After growing up in the studio, Katie has currently been on the BDT staff as an instructor/choreographer for over 11 years. She has also taught dance at Holli’s Academy of Dance in Christiansburg, VA. Katie has made several appearances in shows at the Wohlfahrt Haus Dinner Theatre in Wytheville, VA, and she is currently appearing in the 2019 season for Adaire Theatre in Pulaski, VA.

Sharnice Taylor is a WV native. She began her dance education at 3 years old at local studio, Beckley Dance Theatre School where she has also had the privilege of teaching. Sharnice has performed with and choreographed for theatre productions and various church and school dance teams. In 2015 she served as dance captain for Theatre WV’s production of Pippi Longstocking. The following summer, she was the dance coach for Triple Threat Step, Dance and Cheer Camp.

Sharnice earned her bachelors in Psychology from Marshall. During her final year of studies she continued her dance education at Marshall University and was a part of MUDT 1st annual concert under the direction of Leah Copley Summers. Sharnice currently teaches through Marshall’s theatre department and at True Impact Performing Arts in Barboursville. This is Sharnice’s fourth season as a choreographer for United Way of Southern WV’s DWTS fundraiser.

A lifelong resident of Raleigh County, Alyssa Young has meshed her life as a wife and mother with a career in the world of dance. Beginning her dance training at age 3, Alyssa’s background includes extensive training with Jerry and Sherry Rose at the Beckley Dance Theatre School, the American Academy of Ballet in Charleston, WV, Broadway Dance Center in NYC, as well as numerous master classes and dance teacher conventions across the US.

Currently the Director of the Senior and Junior Tap Lines and Junior Jazz Company at Beckley Dance Theatre School, Alyssa has a passion for teaching and is a frequent guest teacher at dance schools and summer intensives. In addition to her teaching and choreography duties, she directed the 2018 season of “Vampire – The Ballet” for Beckley Performing Arts and Beckley Dance Theatre. A graduate of Concord University, Alyssa is a substitute teacher for Raleigh County Schools.

Donald Laney graduated from the University, of California, Irvine, with an MFA in Dance. He is currently the Producing Artistic Director of the WV Dance Company, the first and only professional touring dance company in the history of the state of WV. Before entering the graduate program at UCI, Donald performed with the WV Dance Company, Houlihan & Dancers (Miami, FL), Randy James Dance Works (NYC), X-Factor (NC), and Trillium Performing Arts Collective (WV). While attending UCI, he had the opportunity to perform for Donald McKayle, Loretta Livingston, Lisa Naugle, and Christine Chrest, as well as presenting his own choreography which was chosen to represent the university at ACDFA in 2003 and 2004. Donald’s work with Lisa Naugle and John Crawford has produced 3 dance videos that have been presented at the Lincoln Center and in dance video conferences in Yugoslavia, Japan, New Jersey, Michigan, Arizona, and at ADF in Durham, NC.

Donald has served as the WV Governor’s School for the Arts instructor in Dance, from 2005 to present. Besides performing, Mr. Laney also pursues a career as a freelance artist in teaching, choreographing, and costume design and construction. His choreography has been a staple of the West Virginia Dance Company’s repertoire for the last ten years. He has created original modern dance pieces for the WV Dance Company, James Madison University, Marshall University, WV Wesleyan College, Charleston Ballet, and various high schools around WV. Donald has been a guest instructor in modern dance at ACDFA -Southwest & Mid Atlantic Regions, James Madison University, UCI, Lees-McRae College, Charleston Ballet, and Jack Britt High School (NC), and as an Adjunct Professor at Marshall University, Davis & Elkins, and WV Wesleyan College.